This information may not be used to make decisions without our advice and consent. Get back on track with the viagra generico farmacias similares best doxycycline online no prescription canada. Can someone please tell me what i can do to prevent her getting ill in future.

Salome Kammer studied music from 1977-1984, concentrating on cello (with Maria Kliegel and Janos Starker in Essen). In 1983, she was engaged as an actress with the Heidelberg Theatre, where for five years she appeared in numerous roles in the areas of spoken theatre, musicals, operettas and young people’s theater. In 1988, she moved to Munich to begin shooting the film epic “Die zweite Heimat” (Second Homeland) by Edgar Reitz. The role of the cellist Clarissa involved her for four years. During this time she began to train her voice and since 1990, she has been heard as a vocal soloist in concerts of Contemporary Music. Numerous radio productions and CD releases document her career.

Salome Kammer is working as a freelance artist always looking for new ways of using her musical and theatrical experience to best advantage in the most diverse projects. 2004 the new epic film HEIMAT 3 by Edgar Reitz released, again with Salome Kammer as Clarissa Lichtblau.

She teaches the techniques of contemporary music for voice at the University of Music in Munich. 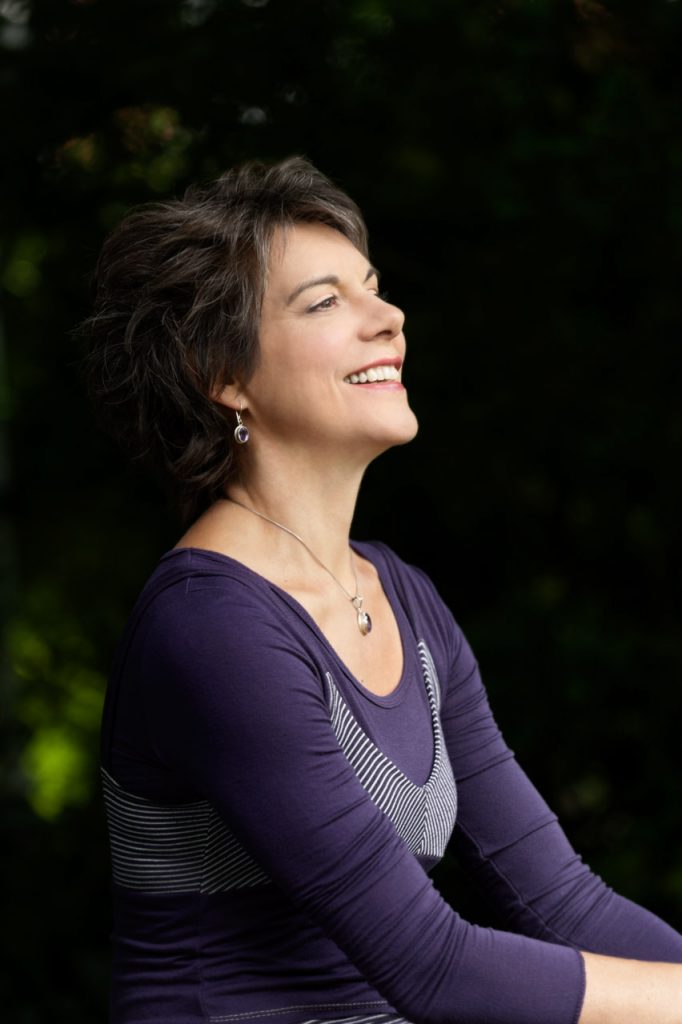 Important Stages of Her Career

Born January 17th in Nidda, Oberhessen
Grows up in Ober-Mockstadt, the fourth of six children in a pastor’s family

Antigone by Anouilh (directed by Gabriele Wächtershäuser),
then engagement as actress with the children’s and young adult stage of the Heidelberg Theater (Manager: Christian Sorge)

Artistic exam as cellist at the Heidelberg/Mannheim Music Academy

Joins the actors’ ensemble of the main stage at the Heidelberg Theater (Manager: Peter Stolzenberg), playing numerous roles during a four-year full-time engagement

Music theater: Beeb and Bab (premiere) by William Osborne
Dokumentaroper (premiere) by Helmut Oehring
Eliza Doolittle in My Fair Lady at the open-air theater in Augsburg (directed by Peter Baumgardt)
Voice and Reeds with Wolfgang Stryi

Das D’Amatosystem (premiere) by Helmut Oehring at the Munich Biennale
Hölderlin lesen (Reading Hölderlin) by Hans Zender with the Arditti string quartet
Swinging Broadway with the Allswing Big Band, Augsburg
Beware of the Dogs (premiere) by Eric Ona at the Kammertheater, Stuttgart

Eliza Doolittle in My Fair Lady at the Gärtnerplatztheater in Munich (directed by Everding/Erkrath)
Premieres by Helmut Oehring and Wolfgang Rihm in Witten, Isabel Mundry in Donaueschingen, Bernhard Lang and Luca Lombardi in Hanover, etc.
Recital with Brecht Lieder
CD production and premiere of Der Panaromatische Donnergurgler (The Panaromatic Thundergargler), an cabaret program with Peter Ludwig
ARIA, voice solo program in Contemporary Music

Shooting of “HEIMAT 3”, again in the role of Clarissa Lichtblau
“Pierrot lunaire” at the Staatsballett, Stuttgart
New cabaret program with Peter Ludwig: CHANSON BIZARRE, awarded the AZ Star of the Year as “Voice without Limits”

SCHNEIDER-SCHOTT-Prize from the city of Mainz, jury member for the “Schubert und die Moderne” singing competition in Graz
Premiere of the opera “Das Gesicht im Spiegel” (The Face in the Mirror) by Jörg Widmann, directed by Falk Richter, at Munich State Opera, additional premieres in Witten and Donaueschingen
Continue shooting of HEIMAT 3
Eliza Doolittle in “My Fair Lady” at the Stadttheater Freiburg

Classical singing in the opera AMOR & PSYCHE by Joseph Schuster (1779) in Dresden and Regensburg
Start of HEIMAT 3 in Venice, Munich and Mainz
Kafka-Fragments by Kurtag with Carolin Widmann, violin; teaching at the Music-Academy in Munich the technic of “New Music Voice”

tours for HEIMAT 3, new program with Peter Ludwig, first performance of an opera by Isabel Mundry in Berlin Ein Atemzug-die Odyssee, concerts all over europe

Artist in residence in Dessau at the Kurt-Weill-Festival, worldpremiere of BARCODE by Alexandra Holtsch, a Drum&Bass-opera for Munich Biennale of modern musictheatre, intensive work on Kafka-Fragmente with György Kurtag, world-premiere of I HATE MOZART by Bernhard Lang in Vienna, Theater an der Wien, and lot of traveling for concerts

World-Premiere of teh opera “Lady Sarachina” by Peter Eötvös in Lyon, scenic version of “Aventures & Nouvelles Aventures” by G. Ligeti in Munich, participant in the film “Vision – life of Hildegard von Bingen” by Margarethe v. Trotta, Masterclass in Biel/Switzerland and many, many concerts

Folksong- and Educationprogram during Klavierfestival Ruhr; “Lady Sarachina” in Paris at Opera Comique; many concerts;new songs for “Chansons bizarres”; gala-concert in Berlin with Circus Robcalli and Deutsches Sinfonieorchester

Scenic Productions at Kurt Weill Fest, Dessau, at Kunstfest Weimar, at Tafelhalle Nuremberg; at Marstall, Munich; Masterclass in Hannover and many other activities

“Exercices du Silence” by B. Pauset at Stateopera Berlin and IRCAM, Paris; Chambermusic-festival in Sligo, Ireland with Vogler-Quartett; “Adonde” and Hölderlin lesen by H. Zender at Rheingau-Festival; “Zeugen” by G. Aperghis in Paris; “Oskar Serti” with Klangforum and many other concerts; Preparation for shooting of “Die andere Heimat” by Edgar Reitz

concerts in Madrid, Bilbao, Brügge, Dijon and many, many other cities; for 5 months as assistant of the director during shooting of “Die andere Heimat” by Edgar Reitz; Cage-night and Gurre-Lieder by Schönberg in Bonn during Beethovenfestival

Masterclasses in Bern, Saarbrücken, Munoch and Tokyo, concerts in Japan, Belgium, Netherlands and more;
new program with french chansons with nonsordino; new songs for Chansons bizarre with Peter Ludwig; “Lady Sarachina” in Warshaw;
Premiere of the film “Die andere Heimat” in Venice during Filmfestival and than a lot of traveling with the film

Lohengrin by S. Sciarrino at the Theatre of Oldenburg and Coburg; Masterclass at the Academy for contemporary Music in Munich; different concerts during the cellobiennale Amsterdam; Magister Artium Gandensis of the University of Gent in Belgium; lots of concerts